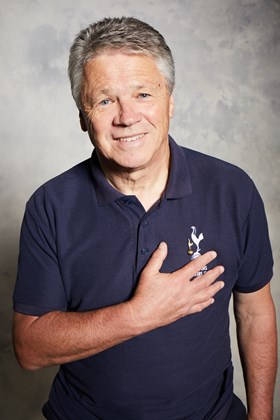 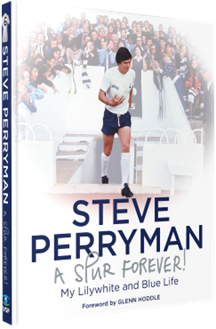 It is rare in modern football that a player becomes synonymous with a club but through the 70s and 80s Steve Perryman was the heart and soul of Tottenham Hotspur. Loyal, loved by the fans and trusted by his managers and players the Spurs captain became the club's record appearance maker and won two UEFA cups, two FA Cups and  two League cups.

In doing so he endeared himself to a generation of fans as the leader and face of club that, while not always successful, was always entertaining and gave its all on the pitch.

In this new autobiography Steve recalls his time at Tottenham, the players he shared the dressing room with, the managers he learnt from (including the great Bill Nicholson) and the colourful adversaries he squared up to on the pitch.

He also tells of his time in management, including his spell working with Ossie Ardiles at Spurs under the chairmanship of the controversial Alan Sugar and his successful period in Japan where he won the League Championship.

As honest and uncompromising in his book as he was as a player, A Spur Forever, is a must read for all football fans who recall fondly the era of muddy pitches and approachable players.

The book includes a wonderful foreword by Glenn Hoddle and is printed in full colour throughout its 304 pages and includes a wealth of memorabilia from Steve's career and over 150 photographs to help illustrate the text.